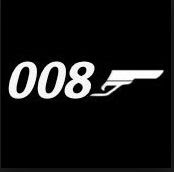 Here we are, back with another mechanics summary of session 4 of my "James Bond" (powered by "Magnum Fury") spy-RPG thing! Or at least as much as I can remember, since I didn't take in notes, as I originally had no plans to share this online. It's only because I think it turned out so well, and that I had so much fun with it that I decided to. 😊

The session started off at a ("Mythic") Chaos Factor of 5, since everything has settled back down. I believe I was at a (current) max of 9 Grit.

The guys waiting outside MAY have been the result of a Mythic Question. Or rolling under the CF to start the scene. Not sure.

I'm going to say I probably scored a full Success on the attack on the carload of goons.

The additional pursuers were a Mythic follow up question. The bus was my idea, I asked Mythic, and it agreed. I was trying to go for any kind of distraction or obstacle I could find. Pretty sure I rolled "Costly Success" and took "Less Effective Than Hoped For" on my Moves roll, thus enabling one of them to make it on the bus, which seemed very appropriate and cinematic.

I may have spent a couple of points of "Grit" to ensure full Success during this whole scene.

The Cemetery was suggested by the "Spy Genre Charts" add on for the "Covetous Poet's Adventure Creator and Solo GM Guide". At first it threw me (a Numbers Station in a Cemetery?), but then it clicked and I fell in love with the idea. Fun fact, when I Goggled up cemeteries in Moscow, I picked Kuntsevo because I liked the picture of the gate. Upon reading up on it, among other famous residents interred there are American spies Morris and Lorna Cohen, infamous British double agent Kim Philby, and the assassin of Leon Trotsky, Ramon Mercader. How very fitting. 😄

The little scene that unfolded in front of the cemetery was courtesy of rolling doubles under the Chaos Factor in "Mythic", generating what turned out to be a Scene Interrupt. I can't remember the exact Event Focus or Action/Subject rolled, but it was something to do with an NPC and was suggestive or some kind of argument, dispute, or refusal. Given the story we'd built thus far, Annuska throwing a tantrum and refusing to co-operate because of her brother seemed very natural. It seems like something you'd see in an Action movie. I could see myself sitting on my couch screaming at my TV "You stupid! Get in the cemetery!"

I believe I rolled a "Success at a Cost" on my Mouth roll to persuade her, took a "Takes Longer Than Expected" (which seemed appropriate), and when I asked "Mythic" if anyone arrived, it was only too happy to oblige, fittingly enough. Now I picture myself sitting on the couch screaming "See?!?! I told you so!"

At this point, I was stumped. How were we going to get out of this one? When I considered, one thought occurred to me: "Magnum Fury" has a mechanic, "Getting Screwed", where once per session the GM can automatically defeat, capture, or otherwise drop the hammer on the hero. It's a heavy handed plot device that serves the genre well, lets the GM have SOME effect on otherwise nigh-impervious Action Heroes (at least vs Mooks), and lets the hero recover one "Grit".

This seemed like a perfect place for one of one of those. If I was GM-ing this for a player, it's where I'd drop one, so I put on my GM hat and did just that!😉

So, now we're captured! The Chaos Factor was probably up to about a 7 by now, and I'm going to say my expenditure of "Grit"  versus how much I recovered equalled out. I may have been down a couple point s at least.

Tune in next time to see how 008 escapes, and what I believe will be the finale!
Posted by MoonSylver at 2:58 PM