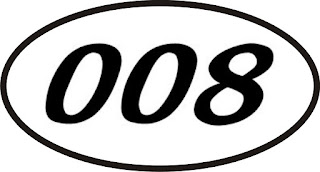 So there is is, the big finale! If you've stuck with me this far I hope you enjoyed reading as much as I enjoyed playing, and writing. Thanks you for sharing the journey. I appreciate it.

There's really not a lot going on, mechanically, in this session, since it's so combat heavy, other than "Mythic" questions like "Do I know the layout of the base?", "Do I know where (X) is?" (for communications, armory, etc.) With the "Chaos Factor" maxed out, you're going to get lots of positive answers, as the GM Emulator is attempting to shepperd you toward the climax.

Annuska's final refusal to leave was the result of another Altered Scene for rolling under the CF when starting a new scene (which I thought was going to be a getaway, an extraction, and who-knows-what next.) Whatever the result was, it fit with everything until now, and showed me how I could wrap this up, as I was ready by now for a conclusion.

I had been spending "Grit" steadily, trying to finish these guys off and complete the adventure. I decided if we were going to go with some big final assault that I needed a way to leverage the rules to gain "Advantage". Using the "Outgunned" rule from "Magnum Fury" seemed like a good way to accomplish that. I thought of how I could "Outgun" them & the rest fell in place.

I was down to 2 "Grit" when making the final run on base security. I decided I needed another advantage, so I used the "Smoldering" Talent to freeze the guys in the hallway in place while I took myself an Action Hero moment, strutting close enough like a sexy bad-ass so that their cover didn't cancel my "Outgunned" Advantage.

After that is just a couple more "Mythic" questions to confirm I'd found the brother, and that the extraction team showed up without any further complications.

I had a lot of fun with this adventure. What kicked it off was a hypothetical set-up of a big Action Movie set piece of a gun battle in the street with seven armed opponents (I rolled a d4 for each car, got a 3 & a 4...go figure!).

I wanted to see which set of rules could HANDLE this kind of Action. That was when I settled on "Magnum Fury". It let me do these big "one-versus-many" battles without worrying about getting my PC drilled full of holes. "Dogs of W.A.R." was another STRONG contender, but I felt like "Magnum Fury" did it even better.

It became really clear to me VERY quickly that even though I set out to do a "James Bond" thing, what I really must have wanted deep in my heart was a big, explosive Action Movie, with lots of guns, fighting, and action.  The movie "Atomic Blonde" was a big motivating factor in doing a Spy thing. If see (or have seen) it, you'll know what I mean.

I was still hoping things would let me assume some of the typical Bond trappings, such as fast cars, posh surroundings, elegance, beautiful clothes, seduction, stunning locations, Villains, etc, etc.

BUT, things just didn't seem to turn out that way. The narrative just didn't drive it so. Maybe next time. Or it could be that I'm just too "Murican" in my thinking. That I really don't have the right mindset or approach for the high class, super-spy genre. If that turns out to be the case, I'm ok with that too. Maybe the adventures of 008 end up more Bourne and less Bond than 007. I'm good with that too.

Part of it also most likely has to do with the fact that, by design, I started "in media res" with the action. Once I decided to continue and make this a "thing", and not just a hypothetical rules test, I was picturing it to be like the before credits cut scene of the Bond films. I didn't expect it to take on a life of its own and grow to become the whole adventure. But, again, so be it. I just followed where ever it led.

So in conclusion, once again I hope everyone enjoyed and/or found it instructional. Hopefully, 008 will return! 😊
Posted by MoonSylver at 7:35 PM