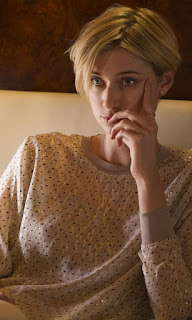 Emma Drake opened the door at the back of the tattoo parlor and held it open for Annuska Tarasnova. Beyond, two flights of stairs led up to the second floor. As they climbed, Drake produced a key that the owner of the parlor had passed to her during their exchange, and she unlocked the door at the top of the stairs.

The door swung open to reveal a tiny, one room efficiency apartment crouching on top of the tattoo parlor. A single bed, a stuffed chair by the window, a radiator, a dingy refrigerator, and a small TV all huddled together in the room. One door opened into a closet-size bathroom with a toilet and a stand-up shower stall.

008 went to the closed curtains of the window, pulling them back just a tiny crack, scanning the street below for any sign of pursuit. When satisfied she dropped heavily into the stuffed armchair.

Annuska watched warily from the doorway. When Drake sat down she entered, sitting on the edge of the single bed and eyeing the grimy bedspread with distaste.

008 stared at her levely for a moment, studying her, before she spoke. "We need to talk. I'm going to go first. I'm going to divulge as much as possible so that you'll trust me, and that you you'll understand how serious this is. My name is Emma Drake and I work for British Intelligence. We had received information that told us your movements and activities, and that...something was going to happen today," Okay, not technically a lie. So far so good... "we believe it has something to do with the death of another British agent. Do you know who those men were, and do you know why they were after you?" 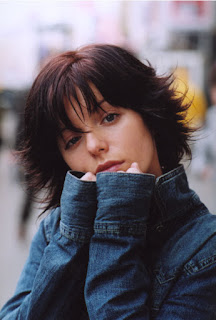 Tarasnova looked very pale and very nervous. "I imagine they were KGB. But I don't know why they tried to grab me. I did what they asked of me. They have my brother." Emma nodded. She had suspected it might be something like that. A picture was beginning to emerge. "What was it they asked you to do?" she enquired.

Annuska stared down at the floor. "They wanted me to...get close to a music journalist from the west. Peter Langford," Emma knew this was 003's cover identity "they asked me to get close to him and, just get to know him...befriend him. That's all it was at first. They asked me a few questions. Where he went, what he did, that sort of thing. After a while, he and I became...closer. I couldn't go on pretending. I confessed everything to him. He said he could help me, that he could help with my brother. He wanted to know if I knew where Mickael was being held. I didn't, but I told him I had overheard them talking about an old airbase once,"

She paused, sighing "He said he would take care of everything. I asked him how? I told him he was just a journalist. He was vague, but said he had friends, influence. You mentioned a British agent was killed. You're talking about him, aren't you?" Drake only nodded in affirmation. Annuska's face fell. Her lower lip quivered. "He was supposed to meet me at Sberbank today, after he had my brother. He was going to help me transfer my funds out of the country and then we were going to defect."

008 leaned back in the chair, tilted her head back and closed her eyes for a moment as she breathed deeply. She had studied Tarasnova carefully while she spun her tale. She watched carefully for all the nonverbal cues, body language, facial gestures, everything that she had been trained to look for that gave away deception.

Of course the method wasn't fool proof. One could also be trained well enough to eliminate all these tell-tale cues. But she didn't think Annuska had been. She "read" her as genuine. Non-deceptive. Emma's gut said she was telling the truth.

She opened her eyes and regarded the singer. "I believe you. I think you were set up. I think they used you to set up Peter for elimination, and then they were going to eliminate you as well to tie up the loose ends." She carefully omitted the part where she suspected them of also passing disinformation as to Annuska's complicity, making her a target of MI-6 as well in case the KGB missed her somehow, or she escaped.

Tarasnova gazed at her with eyes shiny from barely restrained tears "So what so we do now?" Emma propped her head on one fist as she rested on the arm of the chair "We wait. Let the heat die down out on the street. Try to get some sleep. Tomorrow, I need to make contact with my people. And we need to see about your brother."

No mechanics recap for this scene, as this was just all "role playing" i.e. a scene that I conducted in my head to help explain the twists that things had taken thus far. (I may have run a few questions past the "Mythic" GME to confirm things).

About the only mechanical thing that occurred is that I set the Chaos Factor down one more, to a base of 5, since it seemed things had pretty well calmed down for now.

So, it will be on to part 4 next! There were two more sessions, each with two scenes after this I think, so I should be wrapping it up around Part 6 to 8. Thanks for reading thus far!
Posted by MoonSylver at 4:45 PM