A little more on the OSR Survival Horror Idea 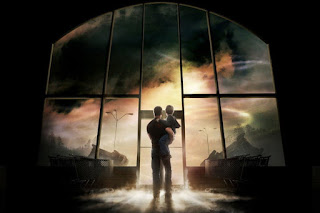 In my last post I brainstormed a few ideas about an apocalyptic OSR Body Horror/Bio-Horror thing, along the lines of Stephen King's "The Mist", "Silent Hill", "Resident Evil" & "Doom" meets Lovecraft, Warhammer 40k & so on.

One of the things I briefly mentioned was choice of rules, B/X D&D or the 1st Ed. of "The Black Hack" being mentioned.

B/X is/was my first choice, as I really like the idea of reskinning the classes, and especially the MONSTERS and Random Encounter Tables.

One thing I'd forgotten is that there are at least a COUPLE of OSR Horror rules sets that could probably handle the job: 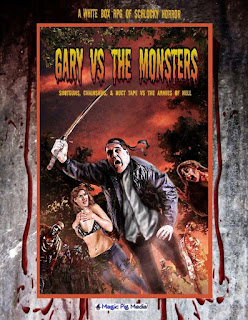 "Gary Vs The Monsters" is an OSR Horror rule set that I don't see get mentioned much, which is a shame. It's got almost everything one would need to run the style of game I was imagining, more or less. It's written a little more B-movie/tongue-in-cheek, but that isn't really reflected in the rules per se, so there's nothing to keep one from running it straight. 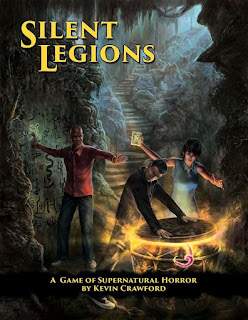 "Silent Legions" is another that is almost completely ready to run this style of game. That's not EXACTLY what it was designed for, but it could certainly handle it.

Other options could include "SURVIVE THIS!! Zombies!" or "Dark Places & Demogorgons" with a little work, & I'm sure there are others, but the first two are the closest to what I envision right out of the box.

There's still some chance that, if I continue, I may want to write the whole thing from the ground up, but I'll certainly be looking at these two at least for inspiration on where to start & how to handle the character classes.

Posted by MoonSylver at 2:11 PM